A new craze is sweeping the world. No, it’s not a smartwatch, the royal baby, or a juice cleanse. It’s something much bigger and more life-changing; it’s eco-farming.

ECO farming, the new alternative to generic farming, is a super cool technique that avoids harsh pesticides and herbicides, genetic modifications, and unnatural fertilizers. 2.6 billion revolutionary people–especially in Europe, Africa, and Asia–practice eco-farming. Not only is this method of farming really economically efficient (since it helps farmers in developing countries), but it also leads to healthier and (arguably) better tasting food. Here are some more cool facts about such farming. 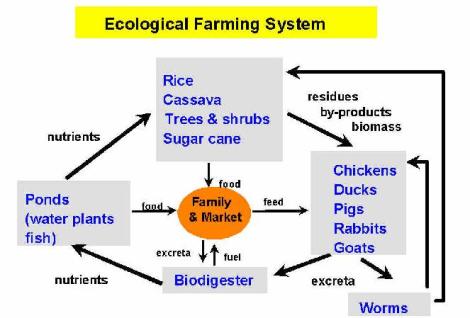 According to a report, Agro-ecology and the Right to Food, eco-farming can double food production in places that lack sufficient amounts of food within five to 10 years. Furthermore, this newer alternative to industrial agriculture reduces rural poverty by increasing productivity and genetic diversity, improving nutrition in local populations, and building food systems resilient to the effects of climate change. All of which were possible due to the utilization of fewer and more local resources to create more jobs.

planted desmodium, a plant that contains a natural chemical, which repels insects. Even such “primitive” methods have proven to be effective on a large scale, as the use of ducks and desmodium are cost effective and readily available.

However, there has been some concern with eco farming. Many find that such farming can be more labor-intensive because of all the skills required. Isn’t such “natural” farming a step back from the industrially advanced methods we have today? Why should people work their hardest to get excellent produce, when they could get adequate produce for much less work? Yet, these concerns prove to be short term, as eco-farming creates more jobs, allowing each individual to specialize the in the skills they prefer. Many agree that some vigorous work in the short run is worth the added jobs that eco-farming will provide. Not to mention the quality of food will increase, leaving to better health standards.