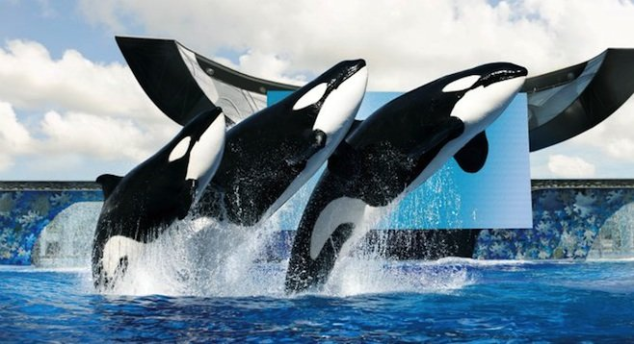 SeaWorld is a well-known target when it comes to orcas, or, as the species is commonly known, killer whales. The controversy centers on whether SeaWorld should be keeping these animals in captivity.

SeaWorld is a large theme park with many employees. It is always fun to go to their shows and watch dolphins and seals do tricks. It sparks curiosity and invites questions that you would normally ask a handler or trainer. Now, where do these trainers get their degrees? Are they truly qualified? Where do they get the answers to our questions? SeaWorld claims to give all their animals’ great care, but how much of what they are telling us is true?

The first thing SeaWorld looks at when they hire trainers is their athletic ability, not their familiarity with marine life. It leads some to doubt whether the information they relay back to us is true or, as the film Blackfish implied, just a publicity stunt.

The release of the documentary Blackfish in 2013 sparked controversy and public outrage concerning SeaWorld’s treatment of its killer whales (Orcinus orca). It shed a new – and disturbing – light on the popular marine-themed amusement park, asserting that the death of trainer Dawn Brancheau was an act of frustration by the whale Tilikum following years of mistreatment.

Following public outcry, SeaWorld, along with similar venues, was quick to call out Blackfish on the supposed truths it revealed, declaring that the film was not a documentary, but a work of propaganda.

What is Blackfish? What does it say about SeaWorld?

The filmmaker, Gabriela Cowperthwaite, describes her motivations for creating Blackfish as a need to reveal the truth. According to her bio on the Blackfish page, she heard about the death of Brancheau in 2010 and felt that “something wasn’t right”.

The film asserts that SeaWorld has a habit of minimizing the accidents that occur as well as mistreating their animals. In regards to the Dawn Brancheau incident, Blackfish claims that SeaWorld blamed the trainer for her death. SeaWorld refutes this point.

How did SeaWorld respond?

SeaWorld’s website describes Blackfish not as a documentary, but as a work of propaganda made by anti-captivity activists. They point out that the interviewees from the film are not experts in their field and assert that many of the “facts” are distorted to suit the filmmaker’s purpose.

Following the release of Blackfish, SeaWorld began to post videos featuring their employees, speaking about the care their animals receive.

Last summer, SeaWorld announced its plans for the Blue Project. This initiative features a new orca habitat in San Diego with 1.5 acres of surface area. The 50-foot-deep tank will feature currents reminiscent of the orca’s original habitats. SeaWorld says they also hope to research orcas to improve their care in captivity.

The practice of keeping animals in captivity has been the source of controversy for decades, but generations of activist for both sides have discovered one thing: there are no easy answers.

If SeaWorld is a legitimate practice, then the work it does in breeding and research is valuable and contributes to the care of whales across the globe. However, if the issues brought to light by Blackfish are legitimate, then SeaWorld should not be allowed to continue operations.

What do you think?

For further information, you can visit SeaWorld’s page on Blackfish, browse SeaWorld’s Youtube page, explore the official page for Blackfish, look at the IUCN page for Orcinus orca, watch a video about SeaWorld’s deceptive advertising, or check out this activist group’s website. You can also sign a petition for ending SeaWorld’s captive orca breeding program.