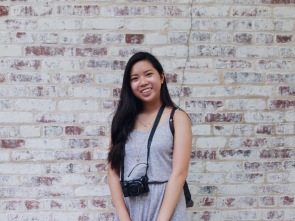 What do you want to achieve in life?

To die with no regrets.

What do you want to major in?

I want to change the world on a small-scale. One of the best ways is to inspire someone that’s younger than you to dream, pursue their dreams, and contribute. I want to teach in Taiwan. The proudest moment of my life was when I was able to open up the perspectives of the students. I was able to teach them to dream outside of their farming town and realize that they have the potential, skills, and the ability to be someone greater than what they limit themselves to be.

When did you first start conceptualizing what you wanted to do with your life and what is that?

When I was really young, maybe five.  Kids always dream about what they want to be when they grow up. What do I want to do with my life? I don’t know. That’s something I’m discovering right now.

What do you want to do after you graduate from college?

I hope to work at a company, preferably small scale because I like the environment and the atmosphere of the close-knit community as opposed to larger corporations. I also, like being connected to local communities. I hope to move to a city and work for three to four years before going back to school to get a Master’s Degree.

If you didn’t pursue pre-commerce, what field would you see yourself going into?

I would consider studying cognitive science with a concentration in computer science. With that degree I would then pursue consulting.

How did your experience at Governor’s School help you adjust to college life?

It helped tremendously because it was the first time I was able to get away from home and really think for myself like “what do I want” vs. “what other people are telling me what I should want.” It was really nice to be able to have my own space and my own time to think about what I want for my future. I also, enjoyed being able to talk with so many intelligent students and learn from them as well. It was nice because we were able to challenge each others viewpoints. You learn a lot of things from the people here and it opens your eyes to a lot of new perspectives. 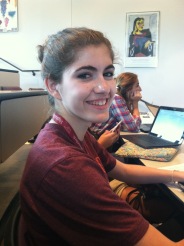 What is your greatest ambition? When did you first start conceptualizing that?

I want to preserve the biodiversity of the rain forest. As a kid, in second grade, I wanted to chain myself to a tree in the rain forest. We had started learning about deforestation, endangered animals, and how people are screwing things up, so I decided that seven year old me could make a difference. My family still jokes about it. That dream still stands with me in a way; I want to make a difference in the destruction of the environment.

What do you want to do moving forward?

I’ll work through high school and find the right major in college, but I want to make sure I open myself to as many experiences as possible. I want to join the Peace Corps at some point. I like the environment and I like science, so I’ll find out what blends those two and work from there.

Why did you apply to Governor’s School and what do you want to take away from it?

I applied because it was my only opportunity to get hands on experience in agriculture as opposed to sitting in a classroom. I picked the major Agricultural and Biological Systems Engineering because I was very into engineering when I was younger, so this was a great opportunity to explore, experiment with, and  determine a possible career path.

What are you learning from Governor’s School?

A lot of things I’ve heard and read about concerning environmental issues blame agriculture, such as fertilizers or pesticides involved thereof, and in Governor’s School I’ve learned how these issues aren’t as black and white as they’re made out to be. I’m enjoying the exposure to new sides of these problems.

I want to help people learn about and really understand the impacts of their actions. I want to make people come face to face with the issues in the world like pollution and the destruction of the earth. People don’t often realize how their actions affect themselves, other parts of the world, and future generations. I think that by forcing people to confront these problems we can finally begin to fix them.

Anything else to know about your future?

Futures are cool and scary, and that’s all I know about mine. 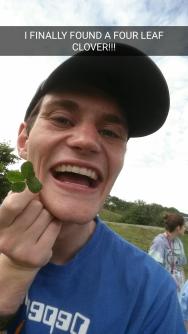 What’s your greatest ambition? Do you want to change the world? If so, how?

Funnily enough, my greatest ambition is to change the world. Like almost fundamentally, but I don’t want to do it on a political scale or anything. I want to discover a fundamental principle guiding the universe, or a way to manipulate the world as it is. I want to discover the next major math theorem, or revolutionize the efficiency of a system. I don’t really have any specifics, but I’d love for my name to go down into history books for a great discovery, or theorem.

What do you plan to study in college?

I plan on studying engineering in college. I want the full kit and caboodle of math, physics, and problems.

When did you first start conceptualizing what you wanted to do with your life?

Well, becoming an engineer was really only something I set my eyes on during the end of my sophomore year or so.

What do you want to get out of Governor’s School? What is it that you want to accomplish from/in the program?

I want to discover the possible needs out there in the world, and the field of agriculture is always an ever present need. Plus there are a plethora of applications constantly arising that I can study or learn from. I really just want to see what’s out there. Governor’s School is doing just that. 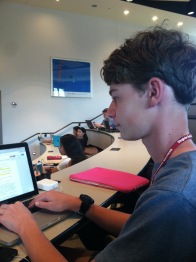 What is your greatest ambition?

I want to dive where no man has dived before.

What do you want to do moving forward? When did you first start conceptualizing that?

I want to be a marine biologist. It’s cool. It’s just really cool. There’s so much life under the ocean that not everyone knows about. I love the idea of always being in the field experimenting. I really love biology. There are so many things that happen in living organisms to learn about. I traveled to the British Virgin Islands once and snorkeled huge coral reefs with fish and animals everywhere; it was such a cool experience to view, and I felt like I had discovered a whole new world under the ocean.

What did you want to do when you were a kid?

When I was six I wanted to be an astronaut. My favorite part of the solar system was and is space. It’s just infinite. Space is the final frontier.

Why did you apply to Governor’s School and what do you want to take away from it?

I applied for Animal Science to learn about animals and work with animals. I want to gain experience working with animals. Hopefully this experience will help me with college by cementing what I want to do and helping me learn more about Virginia Tech and the animal science programs it offers.

I want to do my small part in changing the world through discovery and contributions to the scientific field.

Anything else to know about your future?

Animals. I will love animals forever. I love working with animals; they’re awesome and that will never die. (Was that Jurassic Park?) Yes. Yes, it was.

About the Author: Diane Choi

Diane Choi is a world-renowned brownie chef and lover of all things sweet. She loves traveling and hopes to backpack across the country one day. Choi loves meeting new people, so she looks forward getting to know more through this blog-writing journey.

About the Author: Katie DeLong

Katie DeLong grew up on the ocean, so it’s only natural that she pursues agricultural science and public policy. The solitude of sea life has shaped her into an introspective individual, so it was inevitable that she would run our profile blog, which is about anyone except herself.

About the Author: Morgan Newcomb

An enigmatic humanist with big aspirations, Morgan Newcomb aspires to go out into the world and connect with other people, other cultures, and other things. Currently studying ways to reinvent the learning process within the disciplines of electrochemistry and physics, she hopes that becoming an engineer will make it easier for her to reach out to youth around the world and in the community. She enjoys blogging about various things on the side when time permits.